Summer 2020 Eclipse season in the USA

Lordy, I don’t even know where to start with this one. I suppose I should start with some astrological background. How did we get here?

The Saturn-Pluto conjunction early this year kicked off a new ~33-year cycle. Saturn says “you must” and Pluto is “transform.” Pluto is the planet of life and death– intense, karmic, and often unconscious “stuff” coming to the surface. Pluto also influences the structures of banking, finance, and power.

This new Eclipse cycle is starting off with crisis so bad, I don’t even know where the bottom is anymore. Protests are filling the streets nationwide. Police, tasked with protecting the public, are instead firing into crowds of peaceful protesters. It’s unclear who is the instigator of the riots and looting in some cities. The President retreated to an underground bunker the weekend before the first Eclipse, and the coronavirus pandemic continues to quietly do its deadly work. 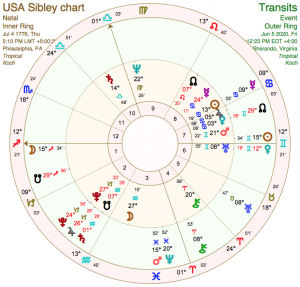 Run the chart yourself – The United States was born July 4, 1776. The date of the signing of the Declaration of Independence. When a baby is born, they take their first breath independently of the mother. The planetary snapshot of that moment is the birth chart. The day that European colonists declared themselves a new nation, the nation they established took its first breath independent from the “mother” country, England. It’s the birth chart of the USA.

Right away we see that the June 5 Eclipse pops the USA’s ascendant, the doorway of the 1st house of race and identity.

Meanwhile, Pluto at 24 Capricorn will soon cross the USA’s Pluto. This is called the Pluto return. It shows us a once-in-248-year period of death and rebirth. In my astrology class on transits, we call Pluto the “cosmic toilet”. Time to bring up the ugly so we can let it go. It is a do or die moment for this country. We must reckon with the abuses of our past, open up our eyes and minds, and figure out how to heal and rise from the ashes.

At the USA’s founding, the colonies were pushing back against control and taxation from a powerful government overseas. It now looks like things have come full circle. We must figure out what to do about yet another heavy-handed, oppressive, out-of-control regime, this time within our own borders.

The dark and difficult Pluto return won’t be fully complete until the end of 2022.

Here’s the first in the series of three Eclipses this Summer: a Lunar Eclipse on June 5. 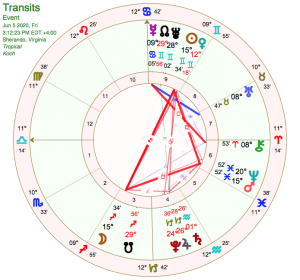 The Lunar Eclipse appears in Sagittarius, sign of the law and its enforcers. And it squares Mars, planet of war, fighting, and violence. It’s easy to see Mars in the historic protests taking place in early June as the Moon waxes toward this Eclipse. Mars is in Pisces, sign of confusion, misinformation, lies, and infection– and Mars is moving toward the ruler of Pisces, the planet Neptune— emphasizing those dangers even more. In the context of the COVID-19 pandemic, this really worries me. I’m concerned about how this will play out into the Fall.

This is a South Node eclipse, highlighting the exit of the old dogma and worldviews. 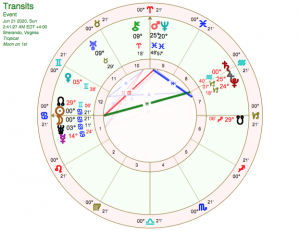 If the Lunar Eclipse that started the season was about the Police (Sagittarius), the Solar Eclipse on June 21 is about the People (Cancer). The North Node Eclipse at 00° Cancer shows something new and unfamiliar emerging that impacts our homes and families, the way we nurture and nourish ourselves. Agriculture and the food supply chain.

We have never been here before in our history, with a rogue President and martial law on the table. At some point, safety will be the primary concern. But it will take some time to settle into a rhythm, as the situation will shift, change, and adjust before “new normal” really sets in. I’m also seeing the possibility of another stay-at-home period.

The Eclipse’s closest aspect is an inconjunct to Saturn in Aquarius, sign of technology. This may signal that new technologies will be deployed in the national election in November. (My biggest concern is the new deepfake technology.) But the inconjunct suggests an awkward rollout that might backfire.

Finally, there will be a second Lunar Eclipse on July 5. 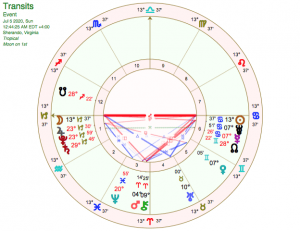 The July 5 Eclipse in Capricorn connects with the (Saturn-Pluto) Changing of the Guard that we are witnessing worldwide. The Eclipse trine Uranus shows a “waking up,” a crack in the wall that lets some truth through.  Since Uranus is in financial sign Taurus, this may symbolize important financial disclosures. I’m gonna go out on a limb here and guess that Trump’s tax records could surface at some point. If not now, potentially 90 days from now. [update] The 13 Capricorn Eclipse opposing the USA chart’s Sun (the President) supports this.

Together, these three Eclipses tell a story that will play out over the next six months, collectively in politics, business, and culture– and individually for each of us.

Where will the summer 2020 Eclipse action play out in your life?

Which house in your birth chart contains 00° Cancer? This is where you’ll have to make some adjustments. Security concerns, new habits, new sources of nourishment. The house that contains 15° Sagittarius is where you’ll be called on to let go of outdated beliefs and rituals. The house with 13° Capricorn, be open to new ideas and reforms.

The Eclipses will activate these houses for a six-month period. (roughly June-December)

What does it mean? Eclipses in the birth chart houses

Do you have a question about the summer 2020 Eclipse season? Leave it below. 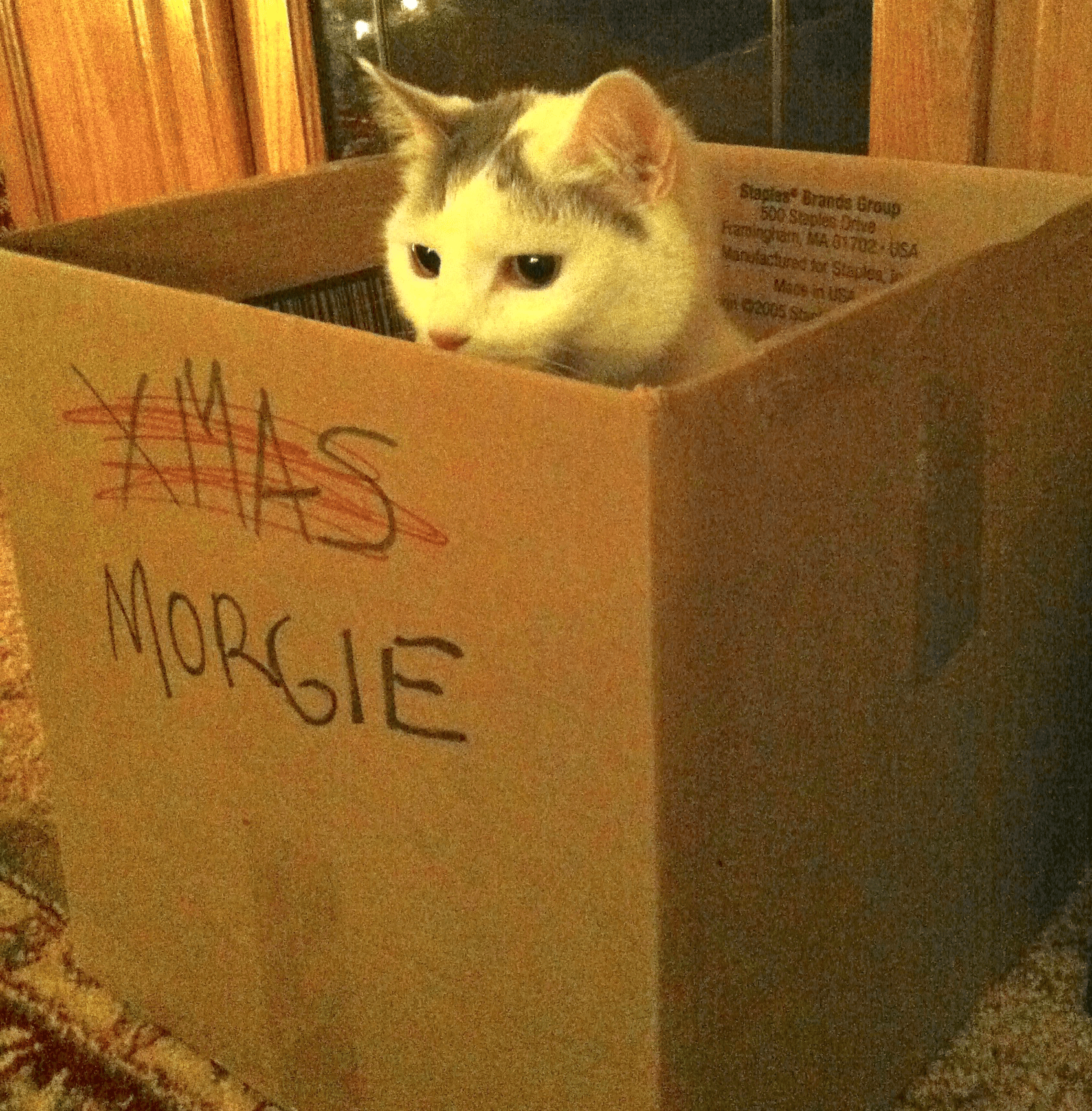