Heads up friends!! Starting in early-mid October, you may begin to feel a subtle (or not so subtle) slowdown, a drain on your energies. That’s because Mars retrograde is coming starting in late October.

Mars goes retrograde every other year for approximately 70 to 80 days.

What does Mars retrograde mean?

Planets in retrograde lose steam, clarity, and direction. Mars represents physical energy. Mars associates with matters of war, and situations where there is lots of excitement and action, such as new situations, conflicts, and sexual encounters.

When Mars is retrograde, there are persistent difficulties moving forward. You might feel like you’re spinning your wheels, walking through quicksand, or paddling upstream.

Anything new that is postponed during Mars retrograde is probably for the better. Everyone will have less energy and patience to face the intense challenges ahead of us this year in the United States. Our political and social divisions. The COVID-19 pandemic that is killing around a thousand people a day.

Most of the conflicts and challenges that appear now are temporary— that’s why you need to cultivate patience and stay focused on the long-term outcome you really want.

The best use of this time is to wait, plan, and accept the compromises that will make it work in the long run. Delays and detours may turn out to be valuable, as you discover something of worth along the way. This is an excellent time to go back over recent developments in your life with the aim of updating your goals and methods. You can make significant adjustments now that will improve your chances in the future.

Here’s what you need to know about Mars retrograde 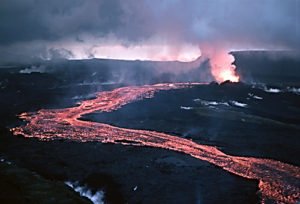 Think of it as a volcanic eruption. That’s what happens to each of us during this part of Mars’ cycle. Stuff that has been boiling underground, under great pressure, breaks through to the surface and spills out.

With Mars retrograde in Gemini, communication mishaps might make it feel like Mercury is in retrograde. Things seem to be moving forward quickly, but not always effectively. You may see two steps back for every step forward. Anger flares up quickly and blows over just as fast.

That’s why some folks will fly off the handle and make very poor decisions now, responding with violence and anger instead of patience and dialogue. This is especially true when Mars makes stressful aspects– which it will be doing a lot this Summer and Fall.

So take your time with important calls, emails, and messages. Give a situation time to play out a little before you make up your mind. Choose your own words carefully– and don’t let others push you around with words either.

In the body, Mars rules body heat, the fight-or-flight response, the oxygen-carrying capacity of the blood (which depends on iron– ruled by Mars), the immune response, adrenal function, and inflammation.

Internalized stress will be a major drag on health during these two months, making effective coping strategies important for all of us. This is a terrific time to work on replacing unhealthy coping patterns, such as smoking cigarettes, eating nutrient-poor food, and drinking alcohol with healthier habits like eating nutritious food (start with breakfast), meditating, and staying well-hydrated.

Mars represents your physical vitality and strength. You’ll have fewer “spoons,” especially if you have birth chart placements in Aries or Scorpio.

This year’s retrograde takes place in the sign Gemini. This placement suggests that the shoulders, arms, hands, and lungs are the most vulnerable to the inflammatory nature of Mars. An anti-inflammatory diet can help a lot. The standard American diet is high in processed carbohydrates and/or food allergens (the most common are gluten, dairy, and soy), and low in anti-inflammatory healthy fats.

Whatever your symptoms, dehydration can exacerbate them. You may need more fluids during this super-heated Mars retrograde in the dry, windy air sign Gemini.

This retrograde intensifies and concentrates the Mars energy while directing it inward. Thus, we all tend to be harder on ourselves. Look back at the past for insights into yourself. But try not to beat yourself up, or take your frustration out on others. Don’t define yourself by the worst thing you have ever done (even if other people do). Love and compassion toward your own human-ness helps you unburden yourself of old resentments toward others, too.

That's when you need our Monday Morning Mastermind. Join our live confab and strategy/planning sessions every other Monday. Free to Cosmic Storytellers Club members.
find out more