Astrology is the study of cycles. Over thousands of years, humans have noticed synchronicity between planetary cycles and cycles of life on earth. Astrologers study the patterns, and apply this knowledge to many different kinds of situations. 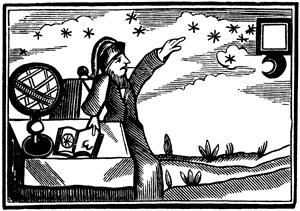 The history of astrology dates back at least 4000 years. Its origins probably lie deep in our ancestry, to hunter-gatherers– Paleolithic people using celestial phenomena like the Lunar cycle to navigate their world.

Have you ever read the popular astrology books or columns and thought, geez, I’m a Capricorn/ Scorpio/ Leo, but this doesn’t apply to me!

I think we can all agree that there are not just 12 “types” of people having 12 scripted experiences each day. Popular astrology columns are by nature very general because they are based on your Sun sign.

Why the Sun? Because everyone knows their birthday. Unlike other celestial bodies, the Sun travels at a constant rate, moving through each of the 12 signs at roughly the same time each year. The Moon also moves at a constant rate, but moves through all 12 signs in one month, changing every 2 1/2 days. Thus, you need a book or a computer to look up your Moon sign. It isn’t difficult— but it isn’t convenient like the Sun.

The other planets all have times in their cycle when they appear to be moving backward. So Venus will be in Aquarius one February, but in Aries or Pisces at the same time in another year. It’s messy.. and must be determined on an individual basis. This is why Sun-sign horoscopes are very general, but it’s also why an individual reading is so specific!

Your Sun sign is a very important point in your astrological chart, and it’s a good starting place. However, there are 9 other planets, and a host of other factors that create a total picture that is as complex as personality— a symbolic, cosmic language that speaks to us of our lives and times.

If the planets have influence, is there free will?

Of course there is free will. We can use astrology to define certain energies or influences present in a person’s life, but we cannot say how that person will use them. I can tell you there will be a storm, but I can’t tell whether you’ll plant a garden, buy an umbrella, or stand outdoors holding a lightning rod. What I can do is help you understand your options.

How could the position of the planets at birth possibly affect our lives? 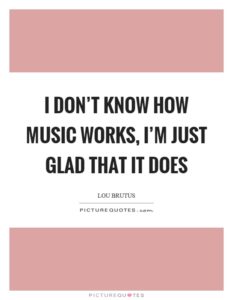 We don’t know yet. Astrology falls under the umbrella of metaphysics. The word “metaphysics” means “beyond physics.” Humankind has not yet been able to figure out the mechanics behind synchronicity between planetary phenomena and life on earth. This speaks to our own limitations.

There are theories, but science has not yet “discovered” the mechanism by which astrology works.

The bottom line for most astrologers is: we don’t care. We don’t have to understand how it works to use it. For thousands of years, humans did not understand the process of combustion, yet effectively used fire to generate warmth and light.

Imagine our ancestors denying the existence of fire just because they did not understand how it worked! That would be silly. Yet many humans today do the same thing with astrology and many other ideas that do not fit the scientific mold.

If you limit your perception of reality to what can be proven scientifically, then you sabotage the foundation and process of scientific discovery itself.

Is astrology a religion?

Common among world religions is the presence of a creator or creators. This being created the universe, with heaven and earth in synch. This is where astrology fits in: it is the study of the synchronicity of the heavens and the Earth. As above, so below.

However, you do not need to be a religious person to study and use astrology, any more than you would to study a flower blooming. Astrology is not a question of faith, but a fact of life, like the rising and setting of the Sun, the phases of the Moon and the tides.

A quick note about the type of astrology presented here:

This site teaches Western Tropical Geocentric astrology. This is a type of astrology most widely used in the West. Geocentric means the Earth is in the center of the chart. In other words, the chart is a map of the heavens as seen from Earth. The Tropical Zodiac is based on solstice and equinox points in the sky, rather than the constellations.