Hasn’t life felt strange since that New Moon last week? The Scorpio New Moon on November 15 lined up in a helpful sextile to its ruling planet, Pluto– opening the door to find help, solve problems… even save lives.

Two days after the New Moon, I said goodbye to the sweet little feral foster kittens I had begun to socialize. I sent them away to another foster who had more space for them. The Scorpio New Moon hit the 90° square to my Leo Moon. Cats and kittens really hit my mothering buttons. Letting go of them broke my heart a little, but it was the best for the kittens. 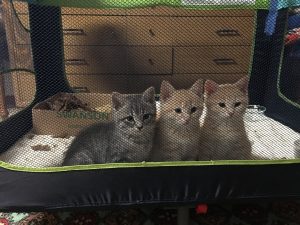 My neighbor spotted a 4th kitten, most likely from the same litter, and I’m hoping it will get in my trap soon!

The Scorpio New Moon and the USA

The New Moon in Scorpio appears in the 12th house of the USA chart, activating the nation’s institutions– schools, prisons, and most heartbreakingly, hospitals. The New Moon’s sextile to Neptune in the USA chart and trine to Mercury seems to confirm that the vaccines we’re hearing about will help bring an end to the pandemic.

The 12th house represents the nation’s self-undoing, subversive forces, for example in politics.

So where is this Lunar cycle going?

The Gemini Lunar Eclipse – what does freedom mean?

We’re heading into a Lunar Eclipse in Gemini on November 30. A super-charged Full Moon. This Eclipse in the sign of facts and data emphasizes logistics, paperwork, and communications. And counting things. Like votes.

In the USA chart, the Eclipse lands in the 6th house, placing the spotlight once again on public health and health workers– as well as the workforce in general. Truth bombs will fall like rain as this Eclipse makes direct contact with the upsetting, chaotic, freedom urges of Uranus in the USA’s chart. Uranus shows continued protest, “eff your feelings” contrarians, and (one can hope) a move toward real freedom in the form of an effective public health strategy. An end to the pandemic. Like a finger in the light socket, the Lunar Eclipse on the USA’s Uranus promises to electrify the nation and perhaps shock us into awareness.

The impact of an Eclipse lasts for six months. That means the issues that are coming up now are only just beginning to play out. We’ll get the rest of the story with the Solar Eclipse in December.

Every astrologer needs a way to keep up with the changing times.

Get the astrology of 2022 on your digital schedule today! Convenient access from all of your devices.

Cut through confusion and get to know your Rising Sign

Get my free 10-day mini-course designed specifically to help beginners understand and work with the meaning of the rising sign. Download the study guide and get started with the free lessons today.
Get started now

Summer 2020 Eclipse season in the USA