A planet being in retrograde means that, to us here on Earth, it appears to be going backward. The opposite of retrograde motion (or Rx for short) is direct motion.

Of course, the planets are not really going backward. It is an optical illusion. Take Mercury retrograde for example. Mercury travels around the Sun faster than we do, and every 4 months, it passes us. Here on earth, we witness Mercury appearing to move backward for three weeks.

When you were a kid, did you ever go on long car trips, lie in the back seat and stick your feet out the window? If a big car or truck passed you, it felt like you were going backward. Retrograde motion is kind of like that.

For more explanation and diagrams: Retrogrades (Astrology for Beginners)

Astrologically, when a planet goes into retrograde, the conditions that the planet governs are altered and do not function as expected.

As the messenger of the gods, Mercury in astrology governs details, communication, and travel. Retrograde means it’s Murphy’s Law time. Machines tend to go a bit screwy— cars, computers, phone, fax, printer, bulldozer, and the doctor’s machine that goes ping. Miscommunication is also a common byproduct of Mercury retrograde. Contracts signed and matters begun during Mercury retrograde are subject to unexpected twists and turns in the future.

Expect heavy traffic, delays, machinery malfunctions, computer problems, and typos. Mercury retrograde is typically not a huge deal unless having accurate information is of utmost importance. Surgeries and medical tests, for example. What might happen is the test, or even the surgery, must be repeated at a later date.

On the positive side, retrograde planets draw our attention inward and to the past. Mercury retrograde is a great time to review or finish up an old project, contact an old friend, or clean out the closet. It’s also a good period for introspection, dreaming, and deep thought.

Align your "me time" with the healing forces of the Moon

My FREE workbook sets aside the jargon and guides you, step by step, through a ridiculously simple, powerful timing technique that anyone can use– even if you don’t “speak astrology.” 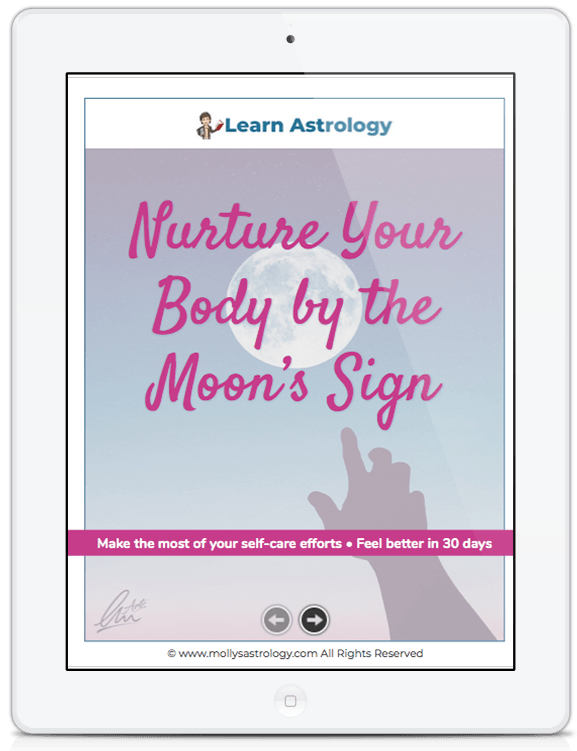